Subscribe for updates from Airbourne to not miss the next gig Sure, notify me 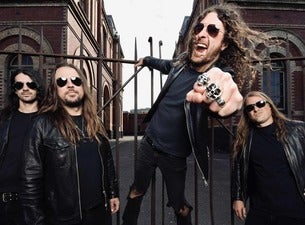 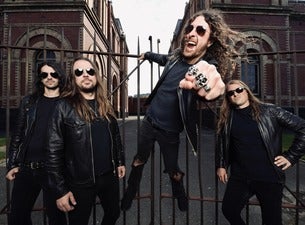 Airbourne is a rock and roll band from Warrnambool, Australia. The band was formed in 2003 by brothers Joel and Ryan O'Keefe (who were later joined by David Roads and Justin Street), who have grown up with a healthy respect for the fine art that is ''foot to the floor rock n' roll''. They were recently crowned "Best New Band of 2008" in the annual Classic Rock Magazine awards.They were also nominated for "Best Rock Album" at the Arias, against Silverchair, Powderfinger and Grinspoon. They did not win, but proved to be a crowd favorite nonetheless. Their music has been featured in NHL 08, NHL 09, Skate, Madden 08, Madden 09, Guitar Hero World Tour, a trailer for Medal of Honor: Airborne, Nascar 08, a Battlefield: Bad Company trailer, WWE's Royal Rumble 2008, and Burnout Paradise.