Subscribe for updates from Alice Cooper to not miss the next gig Sure, notify me 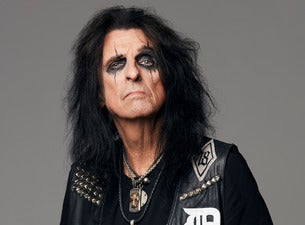 Alice Cooper and The Cult

Alice Cooper and The Cult

Vincent Damon Furnier (born February 4, 1948 in Detroit, MI) better known as Alice Cooper is an American rock singer, songwriter, and musician whose career spans five decades. With a stage show that features guillotines, electric chairs, fake blood, boa constrictors, and baby dolls, he is considered by fans and peers alike to be "The Godfather of Shock Rock"; Cooper has drawn equally from horror movies, vaudeville, and garage rock to pioneer a grandly theatrical and macabre brand of rock designed to shock. He released the album "Paranormal" in 2017. It contains 2 new tracks with the original members of the Alice Cooper Band from the early '70s.