Subscribe for updates from Amenra to not miss the next gig Sure, notify me 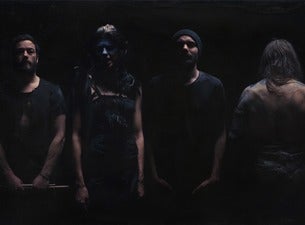 Amenra is a Belgian atmospheric sludge/post-metal/post-hardcore band from Kortrijk, Belgium, formed in 1999. The band was founded by vocalist Colin H. van Eeckhout and lead guitarist Mathieu van de Kerckhove. The two had been in the band Spineless and wanted to create music with more "heart and soul". Their name connects the biblical amen with the Egyptian god Ra. They are known for a brooding and unique sound as well as intense live performances. Colin is noted for exclusively singing his vocals with his back turned towards the audience, something he says is to deflect attention from himself and allow spectators to focus more on the rest of the band. He often also gets himself suspended with hooks attached to his back during live performances done as some sort of cleansing ritual. Official Site Bandcamp