Subscribe for updates from Angèle to not miss the next gig Sure, notify me 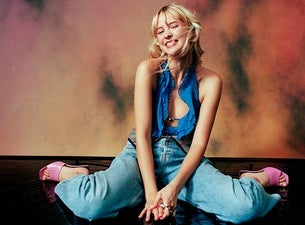 Angèle Van Laeken (born 3 December 1995), better known by her stage name Angèle, is a Belgian singer-songwriter, musician, pianist, record producer and actress. Angèle is a fan of Ella Fitzgerald and Hélène Ségara. She is inspired by many musical genres from French songs to electronic music and rap, which she disliked as a teenager. She became influenced by rap particularly while performing with her brother Romeo Elvis and the rappers Caballero and JeanJass.