Subscribe for updates from August Burns Red to not miss the next gig Sure, notify me 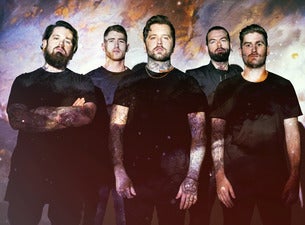 August Burns Red is a band from Manheim, Pennsylvania. Formed in 2003, the group began their first performances while a majority of the members were attending their senior year of high school, and soon began playing shows around Lancaster, before being signed to CI Records, and afterward, Solid State Records (SST). The group is primarily known for their heavy breakdowns, highly melodic guitar riffs and odd-meter riffs. They state Between the Buried and Me, Misery Signals and Hopesfall as their main influences. The Messengers 10th Anniversary Tour in Europe and the United States started on January 4, 2017 with supporting artists, Protest the Hero, In Hearts Wake and '68. On July 26, 2017, August Burns Red announced their new album, Phantom Anthem, released on October 6, 2017. The first single from the album, "Invisible Enemy," premiered on the SiriusXM Liquid Metal show the same day as the album announcement.