Subscribe for updates from Bea Miller to not miss the next gig Sure, notify me 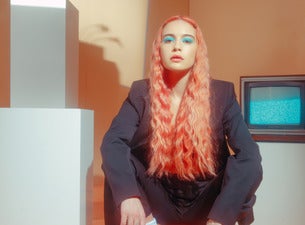 Beatrice Annika Miller (born February 7, 1999) better known simply as Bea Miller is an American singer-songwriter and actress. She makes passionate, electronic-inflected pop music and is best known for competing on the second season of The X Factor. A native of Maplewood, New Jersey, Miller began performing at a young age and by her teens had garnered voice acting credits in such films as Ice Age 3 and Toy Story 3. In 2012, Miller auditioned for and won a spot on the second season of the Fox singing competition with her performance of the Dixie Chicks' "Cowboy Take Me Away." During the show's boot-camp phase, Miller was assigned pop star and judge Britney Spears as her mentor. Although she performed well on the show and drew a large fan following, she ultimately exited in ninth place. During the coronavirus pandemic, Miller confirmed she will not release a full studio album in 2020 but will release an EP of 6 new songs, after scrapping the space theme and previous singles.