Betraying the Martyrs concerts in Europe

Subscribe for updates from Betraying the Martyrs to not miss the next gig Sure, notify me 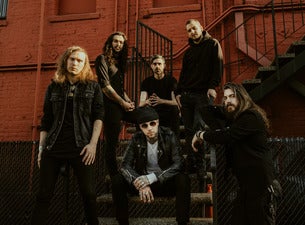 Betraying the Martyrs is a French deathcore band. With a new and refreshing attitude to modern metal that is certain to take the music scene by storm. The original line up, established in December 2008 consisted of a group of open minded individuals, whose only goal was to write punishing tracks, deliver an astounding live performance and portray a good image with a new message of positive thinking and good morals. Their first track was recorded in February 2009 in Paris by famous metal producer Stéphane Buriez (Loudblast). Former members: Eddie Czaicki – lead vocals (2008–2010) Fabien Clévy – lead guitar (2008–2010) Antoine Salin – drums (2008–2012) Mark Mironov – drums (2012-2016)