Subscribe for updates from Bobby McFerrin to not miss the next gig Sure, notify me 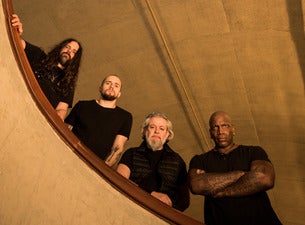 Bobby McFerrin (born New York City, March 11, 1950) is a jazz-influenced a cappella vocal performer and conductor. A ten-time Grammy Award winner, he is one of the world's best known vocal innovators and improvisers. His song "Don't Worry, Be Happy" (featured in the 1988 movie Cocktail, and the 2005 movie Jarhead) was a #1 U.S. pop hit in 1988. Mr. McFerrin and his oft-maligned hit "Don't Worry, Be Happy" were parodied on "The Simpsons" as "I'm Worried - Need Money".