Subscribe for updates from Carach Angren to not miss the next gig Sure, notify me 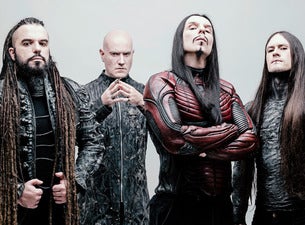 Carach Angren is a symphonic metal band from the Netherlands, formed by two members of the now-defunct bands Inger Indolia and Vaultage. Their style is characterized by prominent usage of orchestral arrangements, harsh vocals, and guitar riffs. Their studio albums are concept albums with lyrics based on ghost stories and folklore, such as the Flying Dutchman. The band sets itself apart from other symphonic metal artists with the usage of multiple languages such as English, French, German, and Dutch. Most songs are based on English, with transitions into other languages during chorus and bridge sections. Carach Angren was formed in 2003, in the Dutch municipality of Landgraaf, after two members of Vaultage, Lee Hartney and Inger Indolia, started a side project based on their shared love of legends and black metal. Eventually, Carach Angren was more successful, so both stepped down from Vaultage. In late 2019 the band announced they had begun work on a sixth studio album, scheduled to be released in mid-2020. Its name and release date were unveiled on 20 February 2020; Franckensteina Strataemontanus. The album is a concept album inspired by the life of Johann Conrad Dippel, and was released through Season of Mist on 26 June.