Subscribe for updates from Dropkick Murphys to not miss the next gig Sure, notify me 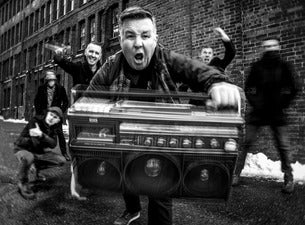 Dropkick Murphys is a punk rock band formed in Quincy, Massachusetts, United States in 1996. First playing together in the basement of a friend's barbershop, the band made a name for itself because of its relentless touring and for its annual St. Patrick's Day weekend shows in Boston. The band's songs often deal with Celtic influences, and the working-class environment in which the band members grew up. In early 2008, Marc Orrell left the band. Thereupon Tim Brennan, who had been playing mandolin, accordion, banjo, tin whistle, and guitar for the band since 2004, replaced Orrell on lead guitar. Tim's previous musical duties were taken over by Jeff DaRosa, former member of The Vigilante and Pinkerton Thugs.