Subscribe for updates from Goose to not miss the next gig Sure, notify me 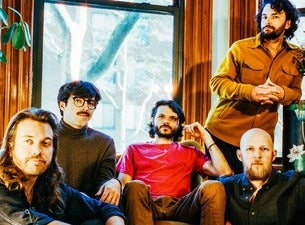 There are at least 11 artists who have used the name Goose: 1. A dance/electro-rock band from Belgium 2. A noise rock band from Thailand 3. An indie/groove/jam band from Connecticut, United States 4. A funk band from Australia 5. A rock band from Ohio, United States 6. A dark ambient project from California, United States 7. An Amiga mod musician from Norway 8. A hardcore punk band from Alberta, Canada 9. A rapper from Ohio, United States 10. A hip hop project from Florida, United States 11. A punk rock band from Japan 12. A Singaporean Mandarin indie pop group ----- (1) Formed in the summer of 2000, they won the Belgian National Humo Rock Rally which led to a live session on the Belgian Radio One and MTV equivalent. Later in 2002 they recorded the debut single 'Audience' with producer Teo Miller (Placebo - Nancy Boy). In 2006 they released their first full album 'Bring It On' (on the Skint label). Dave Martijn was the temporary tour bassist for fellow Belgian band Soulwax whilst on the promotional tour for 'Any Minute Now' between 2004-2006. (12) https://goose.band/