Subscribe for updates from Indios Bravos to not miss the next gig Sure, notify me 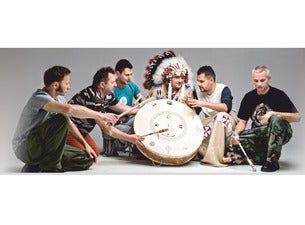 The story of Indios Bravos probably began when Piotr Banach first met and - most importantly - heard Gutek (Piotr Gutkowski). It was in Katowice's Spodek, somewhere around 1996 on some music bussiness party. At the time Banach was in Hey and Gutek was vocaly supporting Overmind. The first gig was very humble. Gutek and Banach were supported on stage by Pawel Gawronski (keboard and backing vocals) and Krzysztof Sak (guitar). Later the band expanded and was joined by Ryszard Labul (bass), Przemek Filipkowski (keyboard) and Tomek Kubik (drums).