Subscribe for updates from Jett Rebel to not miss the next gig Sure, notify me 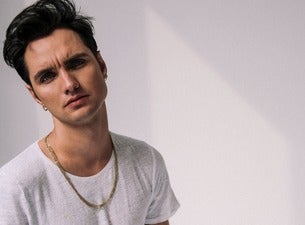 Jett Rebel, the Artist formally known as Jelte Tuinstra, comes from a musical family. Raised by the music of his parents and his own soul records. Picked up instruments before he could walk! Finally started playing the drums at the age of 5, later picking up piano guitar and bass. He started recording music at a very young age, using a tape-recorder and a toy-tape-player (a technique called ping-ponging). This all resulted in Jelte having written many songs, making many recordings and playing in numerous bands before turning 10. Exploring musical boundaries while playing many different genres, playing anything from Funk to Prog-rock, from Jazz to singing Medieval choir music. The mutual love for 60’s music between him and Highschool friend Marnix Dorrestein resulted in a journey to writing the ultimate song. Their band Metro Mortale is still an unknown treasure. Meanwhile Jelte had already recorded over 5 solo records without publishing anything. A lot of material from this era has yet to be released. His most ambitious work from that period is the 2009 album “Red Coat”. A concept album about a teenage crush, in which the fundament for the Jett Rebel Sound can be found. Jelte plays over 15 instruments on the record, and worked day and night (between classes). After High school, Jelte began to study piano at the Amsterdam Conservatory. Being unable to play instruments for a while, due to the cause of RSI, Jelte took his vocal and producing skills to a next level. Left the conservatory almost as quick as he came and started playing synthesizers for the group Valerius. While playing bigger venues and reaching more people, Jelte started writing and producing for the band as well. Nowadays more often Jett Rebel takes over Jelte’s body. And Jett Rebel didn’t grow up in the small Dutch village “Baarn”. Jett’s from venus. Live With: Xander Vrienten Rick van Wort Lorijn von Piekartz Amber Gomaa Jessica Manuputty