Subscribe for updates from Lady Pank to not miss the next gig Sure, notify me 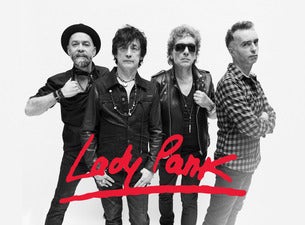 Lady Pank is a popular Polish rock band. It was started in 1982 in Warsaw by Jan Borysewicz and Andrzej Mogielnicki. Its first famous song was "Mała Lady Punk" (Little Lady Punk). Lady Pank garnered some attention in the United States in 1986 when MTV placed the video for the band's single "Minus Zero" on heavy rotation. Lady Pank is quite a curiosity on the Polish musical market. They got popular before they were actually... formed! The group, which was originally planning to call itself "Żużel", received a lot of media coverage as a result of a skilfully conducted promotional campaign combined with group's questionnable talent.