Subscribe for updates from Lewis Capaldi to not miss the next gig Sure, notify me 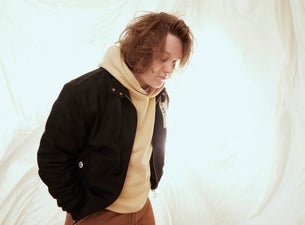 Lewis Capaldi - Broken By Desire To Be Heavenly Sent 2023 Tour

Lewis Capaldi - Broken By Desire To Be Heavenly Sent 2023 Tour

Lewis Capaldi is a Scottish singer-songwriter from Whitburn, a small town in West Lothian. He first rose to mainstream prominence on 8 November, 2018, with the release of his second extended play Breach, including the massive hit single "Someone You Loved". On 17 May, 2019, Capaldi released his debut album titled Divinely Uninspired to a Hellish Extent, including his top 10 singles "Grace", "Someone You Loved", "Hold Me While You Wait", amongst several other songs featured in Capaldi's previous EP's. The debut album peaked at number one in the UK and Ireland, whilst becoming the fastest-selling album of the year, and becoming certified gold in the UK just a week after its release.