Subscribe for updates from Lizzo to not miss the next gig Sure, notify me 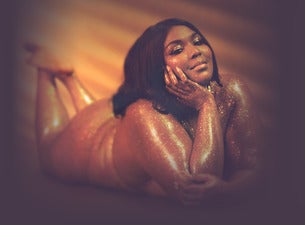 Melissa Jefferson (born April 27, 1988 in Detroit, Michigan, U.S.), known professionally as Lizzo, is an American rapper and singer. She is a founding member of indie hip hop groups The Chalice, Grrrl Prty, The Clerb, Ellypseas, and Absynthe. Her debut album, Lizzobangers, was released in 2013. In 2015, she released her sophomore album, Big Grrrl Small World. LIZZOBANGERS is the culmination of that four-way collaboration, an album that manages to capture all of the varied musical influences of Lizzo’s upbringing and combine them with the forward-thinking experimental production style of Beak and Olson. The end result is a brave new project that encapsulates the best parts of both the familiar and the future.