Subscribe for updates from Logan Mize to not miss the next gig Sure, notify me 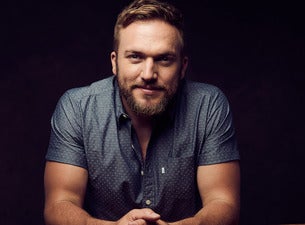 Logan Mize was born and raised in the small farm town of Clearwater, Kansas where his entire family owns and operates the town's only grocery store, Mize's Thriftway. Logan was a standout athlete at Clearwater High School where he won all-state honors as a football player, a wrestler, and as a sprinter. Although Logan started learning the piano at the age of 8 and continued lessons well into his teens, music was never considered as anything more than a warm-up method for the friday night football game. Logan will often joke, however, that Clearwater was probably the only school with a warm up tape playing Montgomery Gentry's "My Town", and Merle Haggard's "Fightin Side of Me". Three years into his Nashville arrival, Logan Mize is already establishing himself as a writer and as an artist. His live shows are packed with high energy, infectious melodies, and organic lyrics that are sure to keep audiences coming back for more. You can be sure to hear alot more from Logan in the near future.