Subscribe for updates from Loreena McKennitt to not miss the next gig Sure, notify me 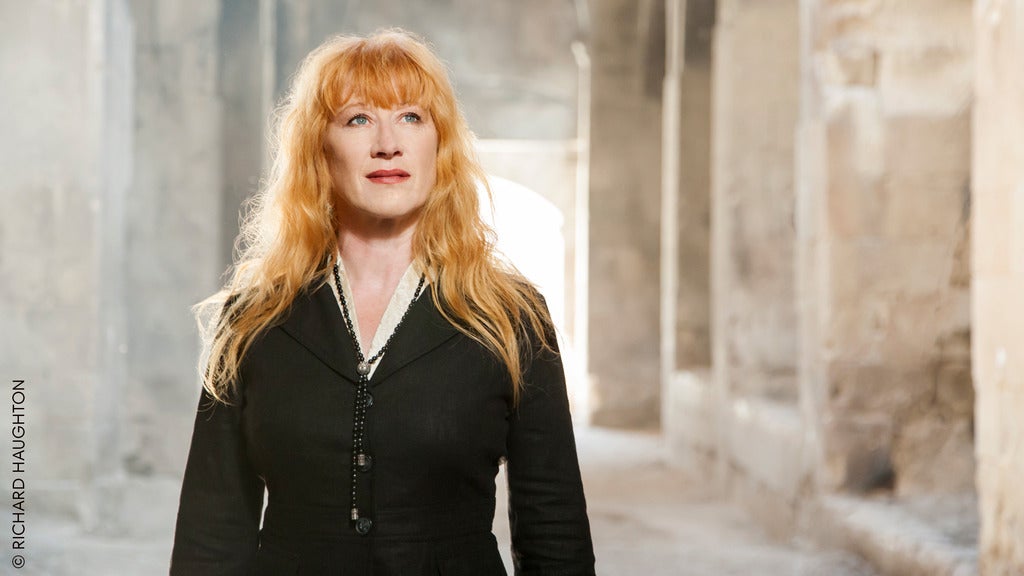 Loreena Isabel Irene McKennitt, CM OM (born February 17, 1957 in Morden, Manitoba, Canada) is a Canadian musician, composer, harpist, accordionist, and pianist who writes, records and performs world music with Celtic and Middle Eastern themes. She is self-managed, self-produced and head of her own record label - Quinlan Road. In a recording career spanning three decades, McKennitt's “eclectic Celtic” music has won critical acclaim worldwide and gold, platinum and multi-platinum sales awards in fifteen countries across four continents. Her most successful record is 1997's "The Book of Secrets", which spun off the single "The Mummers' Dance", a surprise hit on American Top 40 and alternative rock radio. Her recording career began in 1985 with the album Elemental. In the fledgling years of her label Quinlan Road, Loreena ran its operations from her kitchen table, selling recordings by mail order and producing her own concert tours across the country. Quinlan Road's catalogue is currently distributed around the world by Warner Music (US), Universal Music (Canada and other territories including Italy and Spain) and a number of independents including Keltia Music (France) and SPV (Germany).