Subscribe for updates from Mad Sin to not miss the next gig Sure, notify me 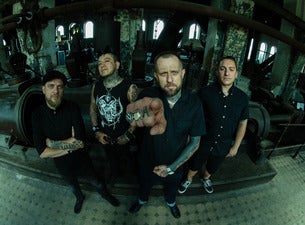 Mad Sin is a psychobilly band that has been around since 1987. It is based in Berlin. The band was founded by Köfte DeVille, who has stayed with the band the entire time while the band itself has gone through several lineup changes. Elements of punk metal with unique growls and screams are heard throughout the band's music. DeVille also formed Dead Kings,a successful side project with members of Batmobile, Nekromantix, Klingonz & Milwaukee Wildmen.Stein joined the United Swindlers with members of Frantic Flintstones and Ripmen. Peter Sandorff is a member of the psychobilly band Hola Ghost.