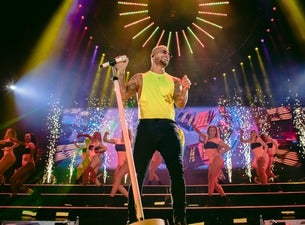 Juan Luis Londoño Arias (Born January 28, 1994, Medellín, Colombia), is a singer of Colombian nationality. He began his musical career at an early age in his hometown of Medellín, there has developed an established career in Latin America, becoming nominated for several awards from major musical relevance. On July 16, 2014, the singer appears in the show of the 2014 Premios Juventud., Where he first played at the ceremony "La Temperatura". That same month the singer is confirmed as a judge and coach of the musical program Caracol Television The Voice Kids, there will be next to Fanny Lu and Andrés Cepeda. In August debut as a presenter at the inaugural awards Nickelodeon Latin America, Kids' Choice Awards Colombia 2014.