Subscribe for updates from Max Mutzke to not miss the next gig Sure, notify me 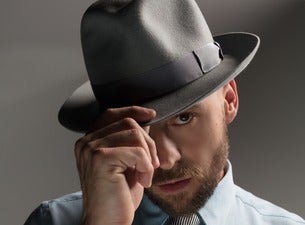 German singer Max Mutzke started his career in a funk band called Project Five. He gained public interest in spring 2004 when he won SSDSGPS (Stefan sucht den Super-Grand-Prix-Star), a talent contest hosted in Stefan Raab's Late-Night-Show TV total. Afterwards he released his first single "Can't Wait Until Tonight" (also composed by Raab), which entered the German single charts at #1 on March 22, 2004 and eventually met the conditions laid down for Max to be admitted into Germany's pre-selection for the Eurovision Song Contest 2004 as a wild-card entry. Currently, Max is working on his sophomore album.