Subscribe for updates from Metallica to not miss the next gig Sure, notify me 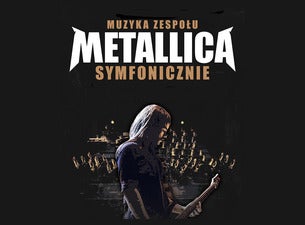 Metallica is an American heavy metal band. The band was formed in 1981 in San Francisco by vocalist/guitarist James Hetfield and drummer Lars Ulrich and has been based in San Francisco for most of its career. The band's fast tempos, instrumentals, and aggressive musicianship made them one of the founding "big four" bands of thrash metal, alongside Megadeth, Anthrax, and Slayer. Metallica's current lineup comprises founding members, primary songwriters Hetfield, Ulrich, longtime lead guitarist Kirk Hammett, and bassist Robert Trujillo. Guitarist Dave Mustaine (who went on to form Megadeth after being fired from the band) and bassists Ron McGovney, Cliff Burton (who died in a bus accident in Sweden in 1986) and Jason Newsted are former members of the band. The Guitar Hero video game series included several of Metallica's songs. "One" was used in Guitar Hero III. The album Death Magnetic was later released as purchasable, downloadable content for the game. "Trapped Under Ice" was featured in the sequel, Guitar Hero World Tour. In 2009, Metallica collaborated with the game's developers to make Guitar Hero: Metallica, which included a number of Metallica's songs. Harmonix' video game series Rock Band included "Enter Sandman" and "Battery"; "Ride the Lightning", "Blackened", and "...And Justice for All" were released as downloadable tracks. In 2013, due to expiring content licenses, "Ride the Lightning", "Blackened", and "...And Justice for All" are no longer available for download.