Subscribe for updates from Michael Bublé to not miss the next gig Sure, notify me 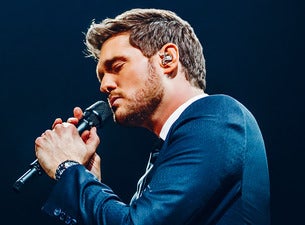 An evening with Michael Bublé in Concert 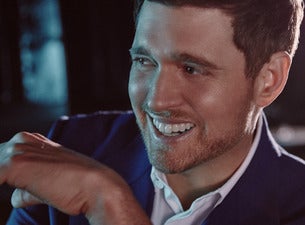 An Evening with Michael Buble

An Evening with Michael Buble

Michael Steven Bublé (born 9 September 1975 in Burnaby, British Columbia) is a Canadian singer and actor. He has won several awards, including three Grammy Awards and multiple Juno Awards. His first album reached the top ten in the United Kingdom and his home country of Canada. He found worldwide commercial success with his 2005 album It's Time, and his 2007 album Call Me Irresponsible was an even bigger success, reaching number one on the Canadian Albums Chart, the U.S. Billboard 200 chart, the Australian ARIA Albums Chart and the European charts. Bublé's fifth studio album, Christmas, was released on October 24, 2011 in the United Kingdom] and October 25, 2011 in the United States. The Cold December Night Songfacts states it was produced by David Foster, Bob Rock and Humberto Gatica. The album was recorded primarily at Capitol Recording Studios in Hollywood and The Warehouse Studios in Vancouver during July. He finished off 2003 with an EP of holiday material, Let It Snow, and began 2004 with the live CD/DVD set Come Fly With Me. In 2005, It’s Time was a number one hit in Canada, Japan, Italy, and Australia, and made the top ten of both the UK and US. Later that year he released the live album Caught in the Act. More recently, Michael received a 2010 Grammy Award for 'Best Traditional Pop Vocal Album' for 'Michael Bublé Meets Madison Square Garden.