Subscribe for updates from Michael Kiwanuka to not miss the next gig Sure, notify me 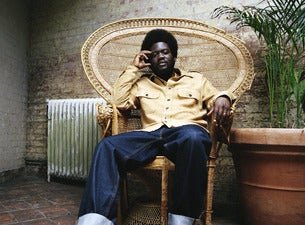 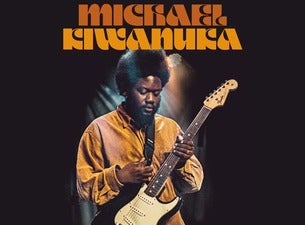 Michael Samuel Kiwanuka (born 3 May 1987) is an English soul musician who is signed to Communion Records. He has been compared to Marvin Gaye, Curtis Mayfield, Bill Withers, Randy Newman, Terry Callier, and Otis Redding, as well as Van Morrison and the Temptations. In January 2012, he won the BBC's Sound of 2012 poll. Kiwanuka grew up in Muswell Hill, London, the son of Ugandan parents who had escaped the Amin regime. He attended Fortismere School, leaving there in 2005 after completing his A-Levels. He went on to study at the School of Media, Arts and Design at the University of Westminster. Kiwanuka worked as a session guitarist, playing with Chipmunk and Bashy, before working as a solo artist; his first proper gig was at The Oxford, Kentish Town. He came to the attention of Communion Records, which released his first two EPs, including his debut Tell Me A Tale on 13 June 2011. Kiwanuka supported Adele on her Adele Live 2011 tour, as well at her iTunes Festival 2011 gig and played at the 2011 Hard Rock Calling. In 2011, he signed a deal with Polydor Records. He was included in the BBC's Sound of 2012 poll and was named as the winner on 6 January 2012. In June 2012, he was illustrated in a BBC article regarding Spain vis-à-vis Uganda during the Eurozone crisis; his putative counterpart was actress Penélope Cruz. In July 2016, he performed at the British Summer Time Festival in Hyde Park on the same day as Carole King and Don Henley. The 5th prestigious HiPipo Music Awards will honor Michael Kiwanuka with the award of "Best Global Act" in recognition and celebration of his ‘Love & Hate’ album success and musical accomplishments since his 2012 debut album "Home Again". His song "Cold Little Heart" serves as the opening theme for the HBO miniseries Big Little Lies. Kiwanuka has acknowledged influences from musicians such as Jimi Hendrix, Bill Withers, Otis Redding, Jack Johnson, Pops Staples, The Band, Joni Mitchell, Bob Dylan, Eric Bibb, Tommy Sims, Wham!, Richie Havens and Funkadelic, he has played with James Gadson, who drummed for Bill Withers.