Subscribe for updates from Noah Kahan to not miss the next gig Sure, notify me 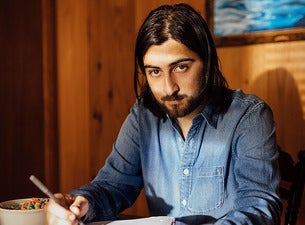 Noah Kahan (born January 1, 1997) is an American singer-songwriter of folk-infused pop who signed to Republic Records in 2017. Kahan released his first single, "Young Blood" in January 2017 and released four other singles over the course of 2017. His fans are known as "busyheads". Kahan made his television debut in 2018 on The Late Show with Stephen Colbert performing the single "Hurt Somebody". Kahan released his debut EP carrying the same name in January 2018, including an updated version of titular song with fellow Republic Records artist Julia Michaels. In October 2021, Kahan headlined his "I Am / I Was Tour", with support from Blake Rose and Genevieve Stokes.