Subscribe for updates from Parlotones to not miss the next gig Sure, notify me 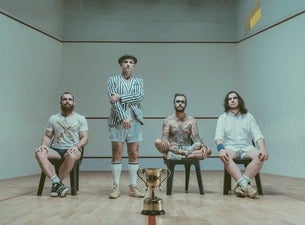 The Parlotones kicked off their professional career in 2003, rising to the forefront of South African music by 2006 when they signed a European license deal on the back of their debut single beautiful being used in a Fujifilm commercial. Since then, The Parlotones have become the biggest selling band in South Africa and have delivered over 200 shows in 2008 across SA, UK and Europe. Key performances include Live Earth, Coke Fest and V Fest. Key acknowledgements include Best Rock Album 2006 at South African Music Awards, Best Music Act - People’s Choice Awards 2008, Best Band - You Awards 2007, FHM Readers Choice 2007, Best Video MK Awards 2007, Best Video nomination Resfest 2007. The Parlotones latest album is already platinum in South Africa and is due for release in UK/Europe and US in the new year.