Subscribe for updates from Perkele to not miss the next gig Sure, notify me 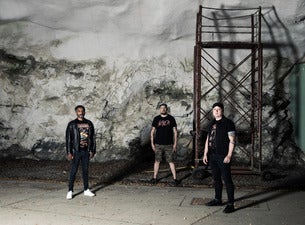 Oi! band from Göteborg, Sweden, started in 1993. Following decades of activity and sold-out shows across major European cities and the US, some have dubbed Perkele one of Europe's biggest Oi! bands and an important part of the genre's evolution. Their sound has been described as Oi! with '70s/'80s heavy metal influences and elements of blues, jazz, and even classical music. The band members actually started out as punks drawing some inspiration from Swedish folk music, but gradually the Oi! genre started having a greater influence on their development and around 1997/1998 Perkele became skinheads. Despite their Swedish origin, perkele—the noun used for the band's name—is, in fact, a Finnish profanity. In a 2003 interview, lead vocalist and founding member Ron Halinoja cited his "roots in Finland" and the word's expressively vulgar nature as the main reasons behind choosing this for the band's name. Perkele claim to be strongly against all kinds of racism, nationalism, fascism, sexism, and homophobia as well as being opposed to hate, war, and environmental pollution. Despite this, in the past their appearance at traditionally left-wing events has caused controversy due to some of their songs featuring lyrical themes of Swedish and Finnish nationalist sentiments. Due to the background of their bassist Chris as an adoptee originally from Sri Lanka, the band have at one point experienced racist abuse from the audience at a concert in Belgium.