Subscribe for updates from Postmodern Jukebox to not miss the next gig Sure, notify me 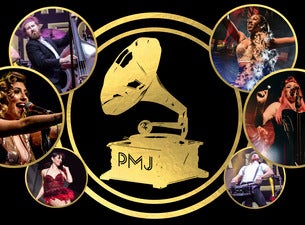 The work of Scott Bradlee & Postmodern Jukebox has been viewed on the ensemble’s YouTube channel well over a hundred million times. Most of those doing the viewing, however, are not fully aware of the method to Bradlee’s madness. Clearly, so does everyone else, as evidenced by PMJ’s presence on concert stages (stateside and abroad) and Billboard’s Jazz Albums chart, where its self-released 2014 opus “Historical Misappropriation” landed in the Top 10 alongside John Coltrane’s “Offering: Live at Temple University” and “All Rise: A Joyful Elegy for Fats Waller.”