Subscribe for updates from Shoreline Mafia to not miss the next gig Sure, notify me 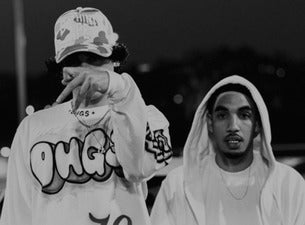 Shoreline Mafia was an American rap group from Los Angeles, California, founded in 2016 by OhGeesy, Fenix Flexin, Rob Vicious, and Master Kato. They released their debut mixtape ShorelineDoThatShit in November 2017. It was later rereleased under Atlantic Records when they signed to the label in May 2018. Fenix Flexin left the group in early 2020, and it was disbanded later that year after the release of their debut album Mafia Bidness.