Subscribe for updates from STARSET to not miss the next gig Sure, notify me 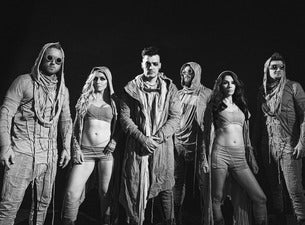 Starset is an American alternative rock band from Columbus, OH formed by Dustin Bates, lead vocalist of Downplay. The band released their debut album "Transmissions" on July 8, 2014 on Razor and Tie label. For the first week album sold more than 5,300 copies. The album debuted at #49 in the Billboard 200. In addition to the Billboard 200 album hit in other charts. In the category "Hard Music" album debuted #5, "Rock" #15 and a "Digital" #24. END TRANSMISSION