Subscribe for updates from Tash Sultana to not miss the next gig Sure, notify me 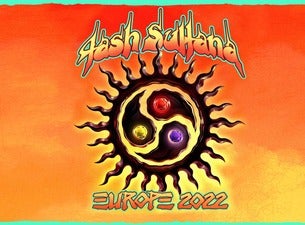 Natasha "Tash" Sultana (born 15th June, 1995) is an Australian singer-songwriter and multi-instrumentalist. Described as a "one-person band who brings new meaning to the concept of multi-tasking", they are best known for their 2016 single "Jungle", which was voted into third place in the Triple J Hottest 100, 2016. Sultana sold out their entire World tour and was added to dozens of high profile festivals including Laneway 2017. Both singles ‘Jungle’ and ’Notion’ were quick to receive high rotation on national broadcaster triple j. With their six-track “Notion EP” released via their very own independent label “Lonely Lands Records”, the sky is the limit.