Subscribe for updates from Tessa Violet to not miss the next gig Sure, notify me 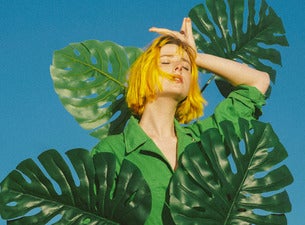 Tessa Violet Williams (popularly known as Meekakitty on YouTube) is an American vlogger, actress, and former model, best known for her YouTube videos which are mostly humorous with fast cuts. She grew up in Oregon and performed in theater while in high school. She released her debut album Maybe Trapped Mostly Troubled in March 2014. Violet is known for her trademark colorful hair, and array of large-frame glasses worn in her videos. She is sometimes referred to as a geek-girl for having an interest in Digimon, Star Wars, Star Trek, Harry Potter, and The Legend of Zelda. She started vlogging in 2007 for a school project and began to do so daily when she traveled to Hong Kong and Thailand as a fashion model.