The Amazons concerts in Europe

Subscribe for updates from The Amazons to not miss the next gig Sure, notify me 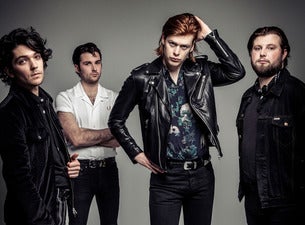 There are several the bands with the name The Amazons 2. The Amazons (formed in Michigan, 2002) is an American avant-garde band, who has the incredible goal of changing the face of modern music. They released their first album, "The Wrong Paths, New & Terrible" in early 2006, and are currently working on a much-anticipated follow-up, entitled "Jazz Hand Mary". The band is a trio of girls (Zevva, Xavi, & Qug), and they have had absolutely no line-up changes. The group hopes to continue making records long into the future.