The Libertines concerts in Europe

Subscribe for updates from The Libertines to not miss the next gig Sure, notify me 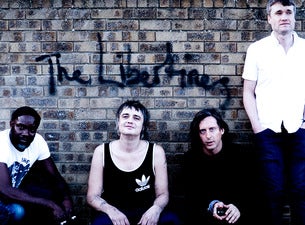 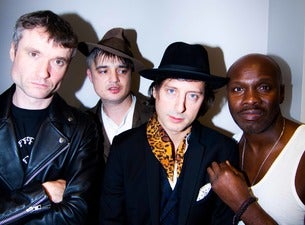 The Libertines is an English band that formed in London, England in 1997 and disbanded in 2004. They reformed in 2010 to play the Reading and Leeds festivals. The band released three full-length LPs, first two produced by Mick Jones of The Clash. Their third album was released after 11 years of silence - they reformed again in 2015. Centered around the song-writing partnership and chemistry between Peter Doherty (vocals/rhythm guitar) and Carl Barât (vocals/lead guitar), while backed by John Hassall (bass) and Gary Powell (drums), the band was one of the cornerstones of the English independent scene in the early 2000's. The band's reunion album was followed by a series of festival appearances, including a surprise gig during the 2015 Glastonbury Festival, as they were secretly called to replace Florence + the Machine (who were earlier announced as unscheduled headliners after Foo Fighters' Dave Grohle's injury prevented the latters from headlining the day). The Libertines were filmed as they landed down off an helicopter outside the festival site, and stated their show with a hit from their 2nd album, Can't Stand Me Now.