The Struts concerts in Europe

Subscribe for updates from The Struts to not miss the next gig Sure, notify me 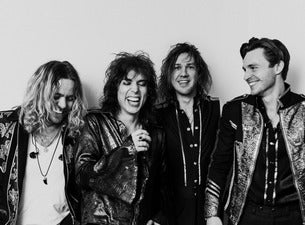 The Struts are an English rock band from Derby, Derbyshire. The band currently consists of vocalist Luke Spiller, guitarist Adam Slack, bassist Jed Elliott, and drummer Gethin Davies. The band was formed in 2010 with the original lineup consisting of Spiller and Slack, as well as bassist Jamie Binns and drummer Rafe Thomas. After both of their bands were "coming apart", Spiller and Slack wrote and recorded together for nearly three years. They later recruited mutual friends Binns and Thomas to play bass and drums, forming the band. Influenced by Queen, the Rolling Stones, Oasis, and The Libertines, The Struts have been described as "unabashedly over the top retro-fetishist classic rock", "glamourous and dangerous", and as "having a chance to spark a real rock revival with their hooky glam sound, which manages to pay tribute to the classics, while remaining impeccably modern.