Subscribe for updates from Yuna to not miss the next gig Sure, notify me 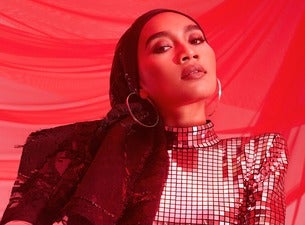 Yunalis binti Mat Zara'ai (born 14 November 1986 in Alor Setar, Kedah, Malaysia), professionally known as Yuna, is an acoustic/alternative/pop singer-songwriter originating from Kuala Lumpur, Malaysia and is now based in Kuala Lumpur and Los Angeles, US. She began making a mark for herself in the local independent scene in 2007, before releasing her demo in February 2008. Her debut EP, Yuna EP, was released in October 2008. Her debut album was finally released in July 2010, titled Decorate. Official Site MySpace YouTube Facebook