Helloween is a German power metal band founded in 1984 in Hamburg by members of bands Iron Fist, Gentry, Second Hell and Powerfool. Its first lineup consisted of singer and guitarist Kai Hansen, bassist Markus Grosskopf, guitarist Michael Weikath and drummer Ingo Schwichtenberg. By the time Hansen quit Helloween in 1989 to form Gamma Ray, the band had evolved into a five-piece, with Michael Kiske taking over as lead vocalist. Schwichtenberg and Kiske both parted ways with Helloween in 1993; Schwichtenberg died two years later as the result of suicide. Between then and 2016, there had been numerous line-up changes, leaving Grosskopf and Weikath as the only remaining original members. As a septet, their current lineup includes four-fifths of the Keeper of the Seven Keys: Parts I and II-era (1987–1988) lineup, featuring three additional members, vocalist Andi Deris (who had replaced Kiske in 1994), guitarist Sascha Gerstner and drummer Daniel Löble. Studio albums Walls of Jericho (1985) Keeper of the Seven Keys Part I (1987) Keeper of the Seven Keys Part II (1988) Pink Bubbles Go Ape (1991) Chameleon (1993) Master of the Rings (1994) The Time of the Oath (1996) Better Than Raw (1998) The Dark Ride (2000) Rabbit Don't Come Easy (2003) Keeper of the Seven Keys: The Legacy (2005) Gambling with the Devil (2007) 7 Sinners (2010) Straight Out of Hell (2013) My God-Given Right (2015) Helloween (2021) 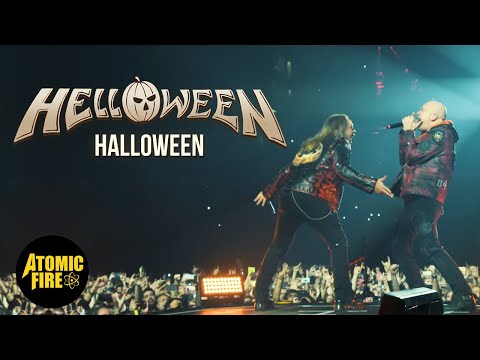